So. Today has been an interesting day so far. And by “interesting”, I mean “shit”. Today has been totally shit. And that’s because apparently today is the day that my baby has decided to turn into an absolutely mind blowingly ridiculous little turd burger.

I don’t know, maybe he has been prepping this turd-ish behaviour for the last year and a half that he has been waddling around this glorious earth, but up until today he totally had me fooled.

Before today, if someone asked me “Whats your son like?” I would reply (like a smug idiot) “He is a goddamn superstar”.  I may even have jerkily added that “he is a total angel baby”, while gushing like a moron.

But not today. No sir. Today if someone asked me what my son was like, I would probably answer with “A total turd who obviously hates his mother”. And then I would promptly burst into tears. Dribbly, snot-drenched,  mascara-running tears, with a little wailing thrown in ta-boot.

His royal baby jerkiness has really made me question my ability as a parent, because today I totally suck at it, and it makes me want to have a really good cry. And eat a block (or seven) of chocolate…

So, today started out like any other. Granted it started out a little earlier than I would have liked, but the baby had a shit day sleep yesterday so that was kind of to be expected. But, back to the point.

We woke up around 6:20am with the little one calling out for his daddy, which is his normal alarm clock siren of a call. Sigh. But that wasn’t a big deal, and it certainly wasn’t him being a turd burger. Yet.

So we got up, had a cup of milk and a cuddle on the couch (like normal) whilst we watched Ari’s (cough cough – mummies) favourite show on Channel 22 – Sarah and Duck. And because he was sweet and cuddly and loving, I was totally fooled into thinking that today would be a good day.

I made us healthy banana pancakes for breakfast which he gobbled down quickly. Whilst eating them, he happily smooshed the yoghurt that I had plopped on top of his pancakes all over his face and all through his hair. And that was fine too. Still not turd burger-y, just super cute.

BUT…then I took him to his bedroom to change his clothes, so we could go to the shops without being covered in food.

And thats when it happened.

My sweet baby boy disappeared and a teeny tiny turd-burger baby took his place. And his first course of action was to slap me in the face.

Yep, he slapped his mumma. I growled at him and told him no. He looked at me dead in the eye, laughed like a banshee and slapped me again. And since that first slap in the morning I would say that I have been slapped about 15 to 20 times.

I don’t know sometimes how he does it logistically?? via GIPHY

And I need to clarify, its not like I have just left my face lazing about near his hand or anything. I have been changing nappy’s putting shoes on, strapping him into his car seat, or having a conversation in the supermarket. Normal busy every day things.

But its like he had turned into a freaking slap-happy sniper, waiting until my guard was down and then boom. Across the face his little hand went. Sigh. And at one point today, the slap was followed by a bite. A full-force head-trembling bite.

Oh gawd, my kid is also going to be a cannibal. Obviously.

Now I tried many ways to combat the slapping over the course of the morning. And to be honest, I changed tacks so many times in the attempt to find something that gets through to him, that my head is still spinning.

And none of it worked. Because he finds it hilarious. And I do not, at all.

At one point after a slap, I had to excuse myself, deposit him into his bedroom (where I knew he was safe) so I could head into my own bedroom and shut the door for a minute or so. Just to have the teensiest of cry’s, and to collect my breath before I had to go and be a mum again.

As I type this, he is actually sleeping and everything in the house is peaceful and calm once again, thank the lordy lord. And double thankfully, our time apart has given me the space to calm down and build my strength back up again. It has also given me plenty of time to have another little cry and to sit next to the freezer with a teeny teaspoon scooping up mouthfuls of chocolate ice-cream until I felt better (cough cough – yep, I am a total stress eater).

My life on a bad day. via GIPHY

Yes, time is a wonderful healer.

It also gave me some time to hit up google and see how other people handle it.

And this afternoon I gave one of the tactics a try. Whether its right or wrong, when I got my next full face slap, I looked him in the eye and told him why he couldnt hit mummy and if he felt like hitting something, to hit the floor. And it actually worked! I’m not saying it will work later tonight or that it will even work tomorrow, but for now it worked. And my cheeks are so freaking grateful.

Now, I don’t know why he is hitting all of a sudden. I assume its because he is frustrated that he cant quite communicate to the level that he wants to, but I cant even tell you how sad it makes me when he hits me. It makes me feel a little bit worthless and like a bit of a crap mum.

But I will do what I can to stop him from doing it again. Because I am the only person (along with his father) who can teach him that hitting someone is not ok. No matter how you are feeling. Its never ever EVER ok. And I will persevere until he gets it.

By the way… Studies from the University of mummalifelovebaby (MLLBU) show that people who subscribe to the mummalifelovebaby website are more hilarious and attractive than most other people. Since you don’t want to be either weird-looking or as boring as a blade of grass, then you had better sign up now!

And if you DO sign up now (seriously, do it), then you will receive my free mini ebook – “3 amazing things that you MUST do with chocolate”. YOU LUCKY THING! I mean, HELLO! Chocolate! 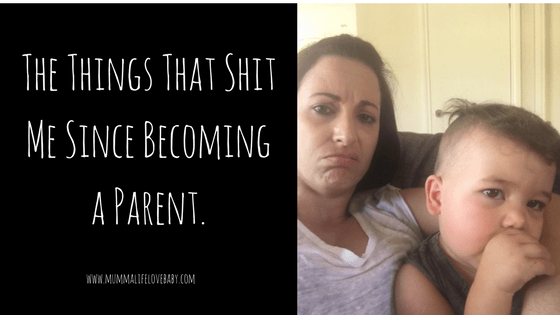 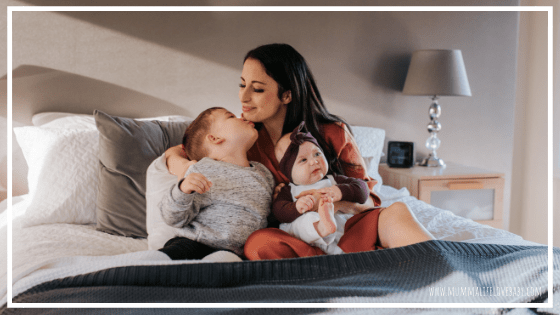 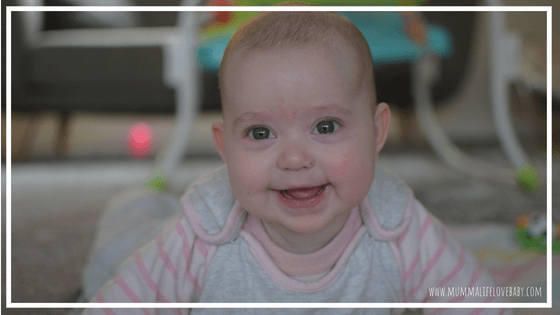