There are so many things that make me laugh hysterically in this life. You know, like people falling over. Epic dog fails. And just about anything and everything to do with kids.

Kids, whether they mean it or not are so innocently and so hilariously funny.
They fall over a lot, get easily scared a heck of a lot, and they ask the most curious questions, COMPLETELY without a filter which gets me Every. Single. Damn. Time.

And because of this, I created a list of what my darling 3.5 year old son says to me. Every guffaw-inducing statement that he has come out with over the years as he has grown. And more recently, I also threw the question out to the MLLB readers – asking what THEIR kids have said to them that has produced an epic giggle.

And here is what you (and I) came back with.
So sit back, relax and enjoy all of the funny things that kids say.

When Kids Are Accidentally Hilarious.

Daddy: “Little man, you’re so wriggly! Do you have ants in your pants or something?”
Our son stared at his pants in horror. He then shouted “GET OUT!” at the top of his lungs.
Contributed by @mummalifelovebaby

Mummy (pregnant): So, do you want a brother or a sister?
Son *thinks seriously about it*: A froggy
Contributed by @mummalifelovebaby

“Mme Kennedy, you’re not very smart for a teacher, are you?
Contributed by Grade 3 teacher – Joanne

Tonight my daughter asked me what was for supper. I told her I was going to the gym, and that she’d have to make something for herself. She said “WHAT?? Make my own supper?!! Isn’t that your DUTY?! You SIGNED UP for that the DAY YOU GAVE BIRTH!!”
Contributed by Grade 3 teacher – Joanne

I told my toddler to go and get his shoes and water bottle and he walks off and calls out “Shoes! Water bottle! Where are you?”
Contributed by Mother of 2 Holly – @motherhoodmelbourne

The wee man stood up in the trolley at the supermarket, dropped a banana and shouted out “OH F@#K! OH F@#K! OH F@#K!”. Oops. Mind you, we weren’t sure if we should be proud that he used it in context or horrified that he must have picked it up from us.
Contributed by @mummalifelovebaby

Our son came into our bedroom at 5am.
He propped himself up on Daddy’s chest and creepily whispers “BOOBIES! DADDY BOOBIES!”
Contributed by @mummalifelovebaby

Atticus is working on the pronunciation of coconut. He’s not quite there yet. Currently it’s “cococunt”.
Contributed by Father of 2 – Aidan

Dad: Are you a lover or a fighter?
Son thinks about it: A feather
Contributed by @mummalifelovebaby

Dad: Are you going to love your sister after she is born? Are you going to play with her?
Son: *solomnly looks at us, and puts his hand to his chest* I will put her down the drain.
Contributed by @mummalifelovebaby

Our daughter was playing dress ups, and dressed up in her dads clothes.
She came down for dinner and said “Oh Fuck It!”. Just like her daddy.
Contributed by Mother of 2 – Nicole from @tinysleepers

When Daddy woke our son up in the morning…
Daddy: So, what did you dream about little man?
Son: Pa.
Daddy: And what did Pa do in your dream?
Son: *snores really loudly*
Contributed by @mummalifelovebaby

Son: Mumma, Can I drink your water?
Mummy: No baby, mummy is sick so I don’t want you to get sick too.
Son: Ok mummy. I just drink half then.
Contributed by @mummalifelovebaby

I was bathing the kids last night when I told one of them to stop carrying on like a pork chop.
Having never seen a real one, my eldest asked “mum, what actually IS a pork chop?”, and before I could answer, my youngest (who has never seen or heard of a real one either) yelled out in all seriousness: “it’s a pig doing karate!”
Contributed by Stacey – @Veggie Mama

Son: Mummy, please make sad face. Make cry face waaaaaaah
Mummy: What does a cry face look like?
Son *thinks about it*: It looks like daddy.
Contributed by @mummalifelovebaby

Son *see’s a magpie in the backyard*.
Gets really angry and shouts at it “Shoo Magpie! You poo’d on pa’s grass!”
Contributed by @mummalifelovebaby

As we were driving into the church carpark to go to his cousins christening, our son suddenly screams “MUMMY STOP! You ran over Jesus!”
I don’t know why I feel the need to clarify this, but obviously I didn’t run over Jesus.
Contributed by @mummalifelovebaby

Our son hopped out of the shower and ran naked to the dog who was sleeping on his mat.
He yelled “Doggggyyyy! Lick me!” at the top of his lungs, whilst wiggling his doodle in the direction of the dog. Needless to say we did not let this happen.
Contributed by @mummalifelovebaby

“An ant died on my toothbrush. I can’t use it now in case his soul is haunting it”. Yes, really.
Contributed by @juliacswords

Our son was swinging on the swings at his aunties house.
All of a sudden, he started slapping his bum and yelled out to me – “Mumma! Whats this silly bum doin’?”. It wasn’t doing anything other than just sitting there.
Contributed by @mummalifelovebaby

I was cuddling my son after he got out of the shower saying “I love you so much my beautiful boy”, when he gets up, walks away and says “you talk too much mumma”.
Contributed by @mummalifelovebaby

I was trying to brush the front of my son’s teeth this morning.
“Say Cheese” I say. “Tits” he replies.
Contributed by @mummalifelovebaby

“This one is directly from my four-year old, who literally out of nowhere said “MOM!”…. “MOM!” Yes?! “Everyone has two face cheeks and two butt cheeks”. Well, shit, they sure do. Hahaha”.
Contributed by @simplyalisonwagner

After having watched a TV show with a pirate character in it, we decided to go for a walk.
It was a windy day.
“Get away from me you scurvy wind!” he shouts. “Stop trying to blow my scurvy head off!”
Contributed by @mummalifelovebaby

We were sitting outside and caught a dandelion. I said to my son “Make a wish babe”.
He looks at it for a minute, before I blow it away into the wind.
“No I want my wish back mummy!” he cries.
“Just shut your eyes and take the wish back in your mind hun” I reply to calm him.
“Mummy I can’t. I have lost my mind. I have LOST MY MIIINNNNNDD!”.
Contributed by @mummalifelovebaby

Every time we walk through the backyard and into the garage to jump in the car, L waves to our dogs poo and says “Bye Henry Poo!” It’s so dang cute <3
Contributed by Angelique – mum of one, from @heads.shoulders.knees

I was telling my son that he needed to be careful around his baby sister because she was still so little. He literally SCOFFED at me and said “Mum, she’s not little”. “Yes she is” I replied, “She is still VERY little!”. He looked at me, and then laughed and said “No mum. She’s not. BUTTERFLIES are little. She is NOT little”. Well. Can’t argue with that logic.
Contributed by @mummalifelovebaby

Yesterday we did a walk to Erskine Falls (it’s a 300m round trip but quite steep stairs). My son gets half way to the top and stops to sit down. “Mum, my heart is bleeping so fast”. I asked him if he meant “beating”, and he looked at me like I was an idiot. Best!
Contributed by mum of two – Bel, from @thetrailweleavebehind

We were watching the Salt & Pepper Film Clip to “Push It”. My son was watching the “sexy” dance moves intently and all of a sudden chimed in with “Look! It’s Mummy and Aunty Lizzie in the nightclub!”.
Sorry, what?
Contributed by @mummalifelovebaby

“Goodbye Hippopotamus!” My son shouted at me as he ran out the door.
I was in the shower at the time. #Mortified
Contributed by @mummalifelovebaby

On the long drive home from visiting his Great Aunty and Great Uncle, my son sighed. “Mumma, I’m tired, I just want a beer” he informed me. Kay, no.
Contributed by @mummalifelovebaby

“What’s that silly dog doin’”, he asked as he pointed at his sister. I had no words.
Contributed by @mummalifelovebaby

We were watching The Bachelor, and my son turned to me and said “Mum, she doesn’t respect love”! #Truth
Contributed by mum of two – Bel, from @thetrailweleavebehind

One day when my son was being particularly cute, I whispered to him “Baby, can I tell you something?”. He nodded and smiled. “I love you so so much my sweet boy”, I said.
He nodded again before saying very loudly and happily in response “Yes mummy, I really really REALLY love me too”. Lol
Contributed by @mummalifelovebaby

Daddy was sitting next to the toilet reading our son a book, while he was trying to do his business.
After a time daddy stood up and complained of having pins and needles in his left leg.
Our son thought about it and said “Daddy, take your socks off and your pants off. I want to see them”. “See what?” Daddy asked in response.
“Your pins and tweezers” Our son replied.
Contributed by @mummalifelovebaby

I was using a lint shaver on some clothes in the front room removing the lint. Our son came over to watch and then all of a sudden cried out “Mummy! Don’t cut my doodle off!”. Errm…ok buddy…I wont…
Contributed by @mummalifelovebaby

“Mummy”, he says looking at my eyebrows that are in desperate need of a wax, with a frown on his face “You have REALLY cranky eyebrows! The look like they want to jump right off of your face!”. Thanks buddy.
Contributed by @mummalifelovebaby

So there you have it. From the mouths of babes.

I hope you enjoyed it xx

Ps, What hilarious things has YOUR kids said? Add to the list, by leaving a comment below and tell me all about it! xx 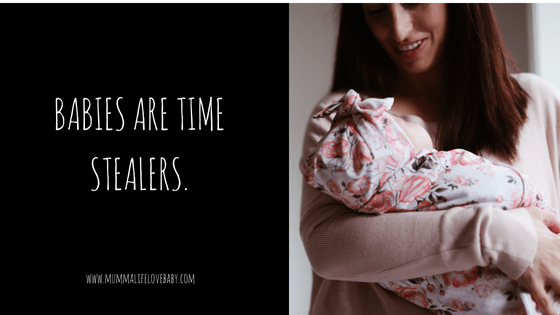 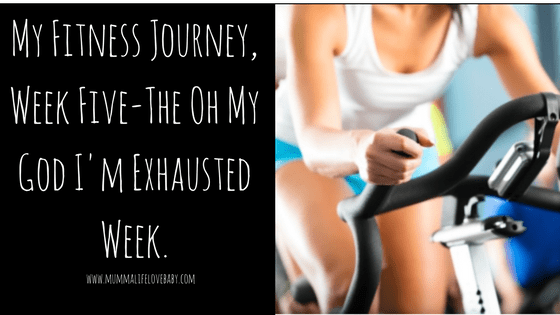