Right people… Hands up who has a toddler!!
*Throws both hands up into the air and shakes them about wildly*

And hands up who sometimes thinks that toddlers were ONLY put on this earth to test the absolute frick out of you?!! *Throws hands up in the air SO HARD this time that I fear my arms may disconnect themselves from my actual body*

Well, let me tell you a story or two. About the times when the toddler tried to absolutely break me.

Before I get into the stories though, I need to start out by saying that when my toddler first started toddling, he was a bloody angel. An angel, I tell you. He was sweet, he was loving, and he did what he was told without any hint of asshole-ness. Oh yeah, the kid fooled me GOOD!

Aaaaaah, life was so lovely and I really enjoyed being a mum. I grinned from ear to ear every day, and I strutted around in the knowledge that I had found finally something in life that I TOTALLY kicked ass at! I knew in my bones that I was a total legend, and that I was parenting the SHIT out of my child. And don’t get me wrong, I still kinda think that I am the best mum ever, but now I am not so much of a smug jerk as I once was. Because getting frequently schooled by a toddler will completely do that to you.

Because as MY toddler got older, he started realising that he was his own entity and that he actually had an element of independence. He also realised that he didn’t have to do everything we said, which meant that if he really didn’t want to do something, he could quite simply say… well… no. Farrrrrrrrrrrrrrrrrrrk.

Over time, the more confident he got saying “no”, the more that confidence led to him saying no to things that made absolutely NO FREAKING SENSE! Yes sir, he started saying “no” to things like wearing pants, brushing his teeth, someone wanting to breathe the air next to him, or to him having to eat the actual breakfast that he had LITERALLY just asked me to make. Sigh. #FML

As he got older again, the very WAY that he said the word “no” changed.

Instead of saying it relatively simply and politely, he progressed to screaming it from the floor, where he had unreasonably thrown himself in a non-sensical fit of rage. Sigh. Ragey-toddler’s can be the absolute pits sometimes. The. Actual. Pits.

So, without further ado, here are those stories that I promised you about the toddler trying his darnedest to break his mumma.

Once upon a time, there was a Mumma who smiled a lot and didn’t have any grey hairs. One night she and her husband put their toddler to bed like they usually do. It was a night like any other at first, with the exception that on this particular night,her husband was going out to play basketball.

He went out as planned, and it was quiet. It was bliss. And she even got to eat her dinner while it was hot, it was THAT bloody good.

Sometime around 9:30pm Mumma calmly climbed into bed, and promptly fell into an exhausted asleep. Fool.

And at approximately 10:15pm… it happened. She was ripped out of her sleep by a polite Knock Knock Knock (which was accompanied by a whimper whimper whimper) on the bedroom door. Inwardly groaning, she glared at the still empty side of the bed where her husband usually resided, and seeing it empty she stumbled out of bed and unlocked the door ready to grab the tiny persons hand on the other side of the door to take him back to bed.

“Noooooooooo! I want daddy!” the tiny person sobbed before they dropped like uncooperative spaghetti onto the floor and thrashed about like a really angry-ass fish out of water.

Mumma at this point still felt relatively calm, so she picked up the tiny person, avoiding all flailing arms and legs, gave him a swift cuddle and placed him back into his bed. “Ssh baby, its time for bed. Good night”, she whispered as she kissed him on the head.

Mumma felt the stress sweats starting to accumulate on her moustache “Ssssssh! Your sister is still sleeping. Go. Back. To. Sleep”, she hissed at him. Naturally the tiny person punched her in the arm. “DONT HIT ME AND GO THE FRICK TO SLEEP” she angrily said.

The tiny person jumped out of bed and ran at the door as it was closing. Mumma put him back again.

After…around 45 attempts to put him back to bed which involved at one point holding the door handle desperately from the outside so the toddler couldn’t get out and scream in her face again about how he didn’t want her, and only wanted daddy whilst refusing to believe that daddy WAS. NOT. HOME. I mean, he was doing that loudly enough from the other side of the door, she decided enough was enough.

She walked in and switched off his nightlight so the room was in total darkness, walked back out and shut the door once more. That made the screaming louder, so after 3 seconds of that she headed back in and asked if he would be quiet if she put the lights back on. He said yes. And he did. Thank gawd for Mumma.

She may have shed a tear or two before she went back to sleep for the night. But I cannot confirm or deny.

Once upon a time there was a Mumma. A Mumma who found swimming kinda exhausting, and yet took both kids to it every week because she didn’t want them to drown ever if she could possibly help it. A Mumma who had to shave her bikini line every week in the shower because she had no time for waxing and she didn’t want to terrify everyone at the pool. Hashtag dedicated. Hashtag you’re welcome.

The mother in law came with her, as she usually did, to help out with dressing the kids after class however unbeknownst to everyone (well knownst, but no-one thought it was as big a thing as what it was made out to be) the boy’s swimming bestie had to leave straight away coz his own mumma had an appointment.

Now, each week,the swimming bestie and his mum took the boy with them after class over to the swimming teacher to pick a “hooray for not drowning whilst swimming” lolly.

It had become a fun little habit that the crazy giggle-filled boys looked forward to, however because this on this one particular week the swimming bestie couldn’t follow through with the normal routine, the boy decided to throw an epic tantrum which saw the mother in law holding on for dear life while he tried to break free and punch her in the fingers. Yes, the fingers. I wish I was kidding.

He fell to the floor, refused to walk, refused to cooperate in any way whilst screaming the name of (and wanting to race after) his swimming bestie who was literally no longer even in the building.

Mumma who was already sweating up a storm from the heat in the building as well as getting two children as well as herself dressed in the tiniest change rooms imaginable, handed the baby off to the mother in law and said “I’ll bloody swap you” whilst wiping off her stress sweat moustache and picking up the boy in a rugby hold and carrying him out electric live wire style out into the carpark.

Still screaming, she deposited him into the car and strapped him in, passive aggressively slamming the door when she was done, to take the baby who was amusedly watching the scene her brother out of the mother in laws arms to strap her in too and get the heck outta there.

The mother in law, and Mumma herself, sat in stunned silence all the way home until the mother in law started to regale Mumma with stories of when Mumma’s husband and his brother were little and how they were also occasionally the most insane types of turdburger from time to time.

It was good to know actually and made Mumma feel better.

The end. Until next time. 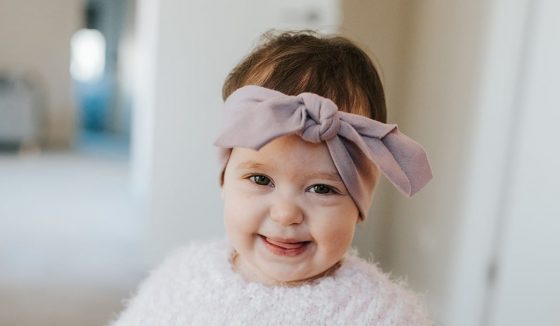 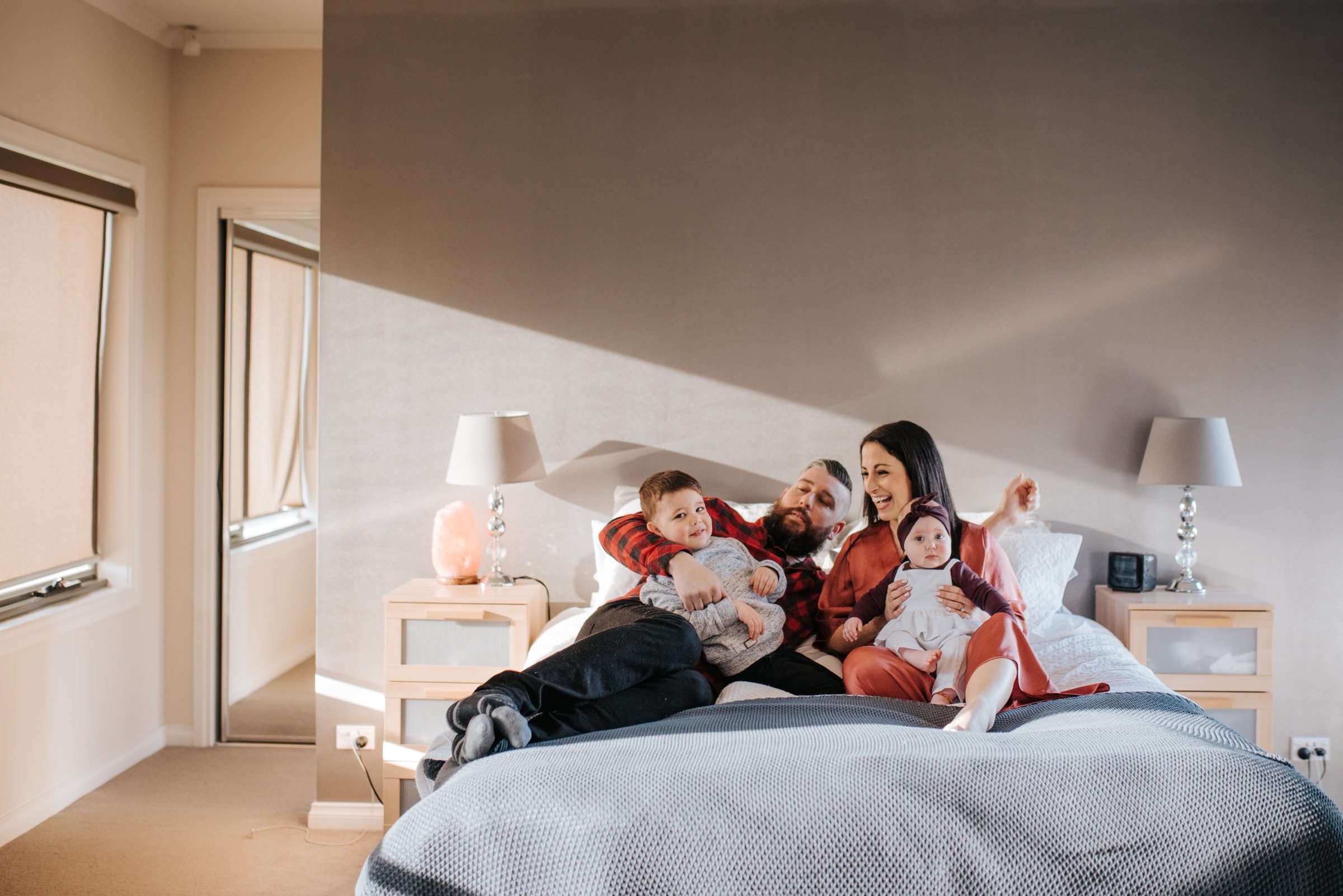 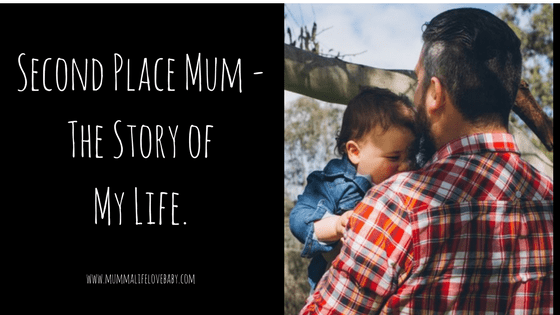